POC, the Pocket Arena Token, is an ERC 20 token that runs on the Ethereum network.

POC works as a kind of mining concept. When you play Pocket Arena (PA) games, you can earn a certain number of XPs and convert the XPs to POC.

POC runs on the Ethereum network for listing or wallet interoperability.

But when it comes to Pocket Arena games (PA games) and in-game asset transactions like NFT, it is operated under a PA Wallet based on Hyperledger Fabric, a private blockchain.

So the speed is very fast, approximately 1-2 seconds, and transaction fees are zero. 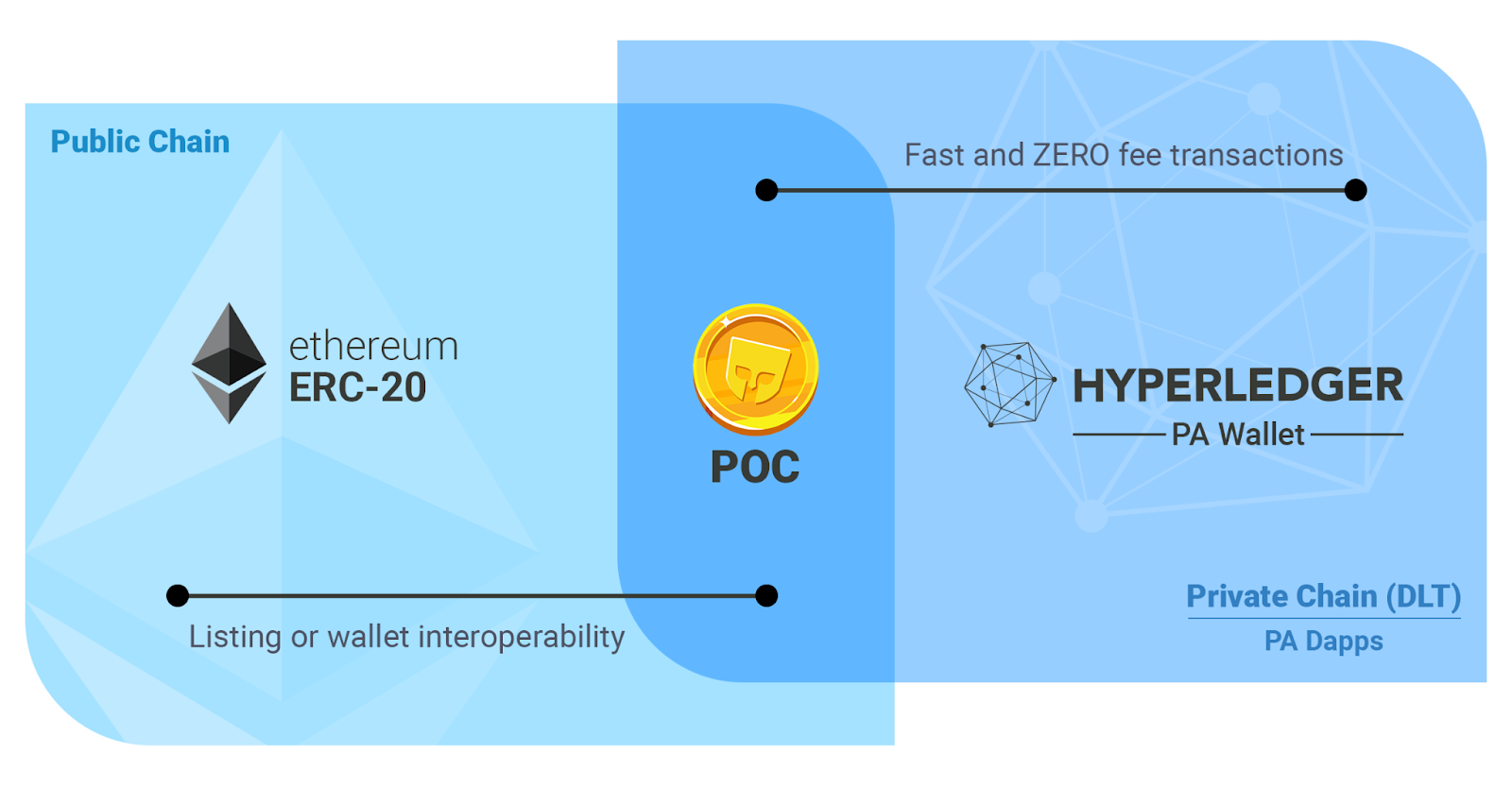 To use the POC in PA games, it is converted to wPOC (wrapped POC) by applying Distributed Ledger Technology (DLT) under a PA Wallet.

The reason for using wPOC is because:

Cryptocurrencies other than POC, such as ETH, are converted and stored in the same way (wETH) before being used in PA games. 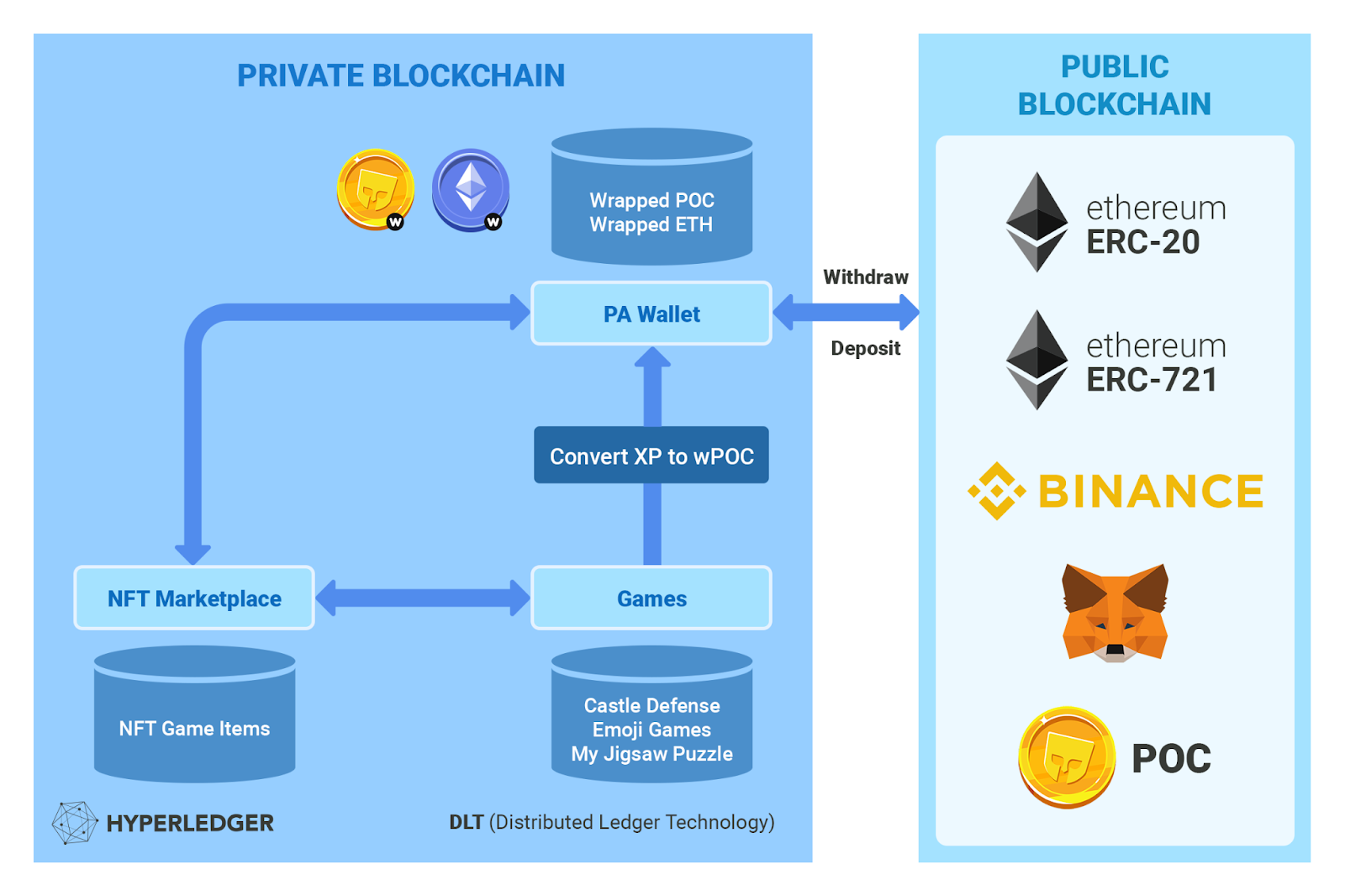