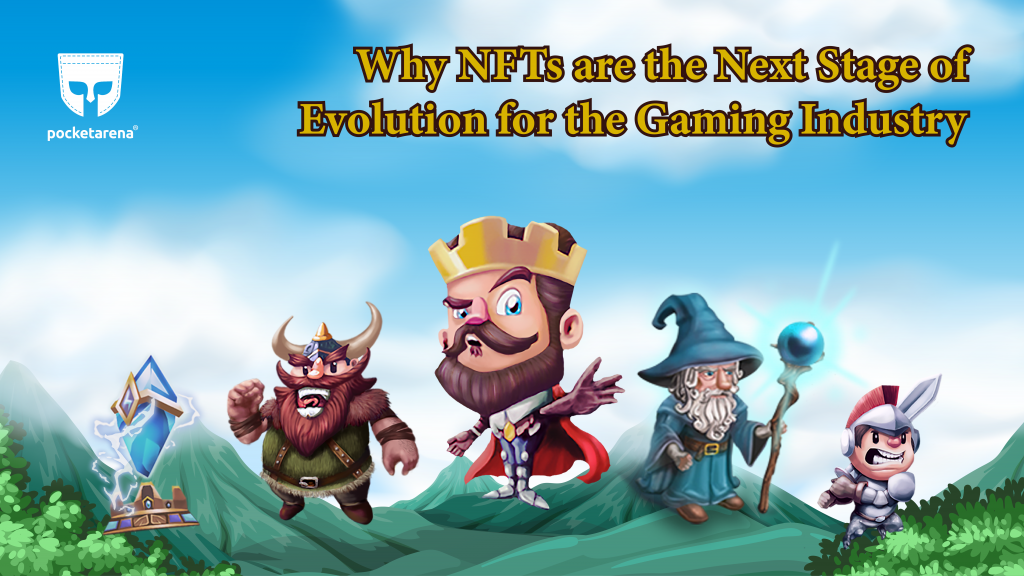 In-game items have been a part of gaming for about as long as gaming has existed. The ability for a player to acquire more powerful items as he progresses through a game is a crucial part of the player character’s development. This has made in-game items a crucial part of almost all video games. These in-game assets are especially valuable in MMORPGs. Because the items exist as part of an ecosystem that is shared with other players, they have real world value to other players. Assets can be bought or traded between players as the introduction of in-app purchase has given items a quantifiable value.

The presence of in-game assets in MMORPGs has, however, presented many issues. Items can now be hacked and stolen, duplicated or even just disappear from a players inventory because of a single line of faulty code. Players can lose items that they worked for many in game hours to acquire through no fault of their own. Even worse, lost items could include assets that the player paid real-world money for.

Bethesda’s MMORPG, Fallout 76 from 2018, is a perfect example of how an in-game economy can collapse if weaknesses in the code are exploited. Fallout 76 players were encouraged to purchase items from the in-game Atomic Shop. Players could regularly pay up to $20 for items such as armour, new color schemes, new costumes and weapons from the shop. However, Fallout 76 had many bugs within its code that were ready to crash the in-game economy.

Every game has a developer room. This is a room within the game world that contains all the items developers have imported into the world. Of course, in order for the game to function this room has to be by entirely inaccessible two players. Inevitably because of the number of bugs within the Fallout 76 code, players were able to get inside the developer’s room.

Using hacks and exploits players could duplicate every single item that appeared in the game. This caused the in-game economy to crash, leaving many players who paid money for items in the Atomic Shop with a worthless inventory. This was one of the most high profile examples of an in game market crashing but it is certainly not the only one.

In order to create a system that’s resistant against these kinds of problems, individual items must be traceable as they are traded throughout the game. This is a perfect application for blockchain and thus why the new technology of NFTs is such an obvious solution for the gaming industry. NFTs provide players true ownership of an item that cannot be duplicated and will retain its value. The history and ownership of the item can be back-traced along the blockchain. This makes NFTs a technology that many game developers will be forced to integrate in any MMORPG that features an in-game economy.

Currently, Google and Apple hold somewhat of a duopoly on app and game distribution. The Google Play store and Apple App store absolutely dominate their nearest rivals in terms of revenue and the number of applications available on each. The power that Apple and Google hold over the market is demonstrated by the lawsuit that Epic Games have brought against Apple, accusing them of misusing their market power. In doing this, Apple has allegedly been able to substantially lessen competition in the app distribution and payments market.

This poses something of a problem for the development of NFTs in the gaming sphere. To have a game listed in either of these stores a developer must abide by a strict set of rules. Currently, neither Google or Apple are allowing any crypto payments or any other crypto related link within their app stores. For a game to be widely distributed across the world it is vital that it appears on one of these platforms. For this reason, this represents a severe stumbling block to NFT economies developing across the gaming industry.

This is why the games industry has to shift to an entirely new paradigm. The power currently held by both Apple and Google is holding back the development of exciting new gaming technology. The benefits offered by NFTs are undeniable and can benefit many different games across the industry but they are being held back by the state of the market.

Pocket Arena is excited to be part of this new era for gaming with the development of NFT Castle Defense. This game allows sponsors to buy NFT castles that can be used by players as part of a tower defense type game. Whenever a player plays the game they will contribute XP to the castle they use and it will get stronger. This will increase the value of the item and when the sponsor sells or trades the upgraded castle on the in-game market, he will make a profit which will then be shared amongst the sponsor and the player.

This ecosystem will allow castle owners to hire ESports players to occupy a piece of land and use their NFT castles to defend it and grow their territory. The player can work their way up to King and earn additional tax income from other castle owners. The more upgraded castles you own, the easier it is to win and thus more likely you are to become a king. NFT Castle Defense is a game designed to have a long lifespan and a self-sustaining staining economy that will serve the community.

Another key feature of Castle Defense is that it is built using HTML 5. This means that the game does not have to be distributed through either Google Play or The App Store. Creating an alternative to these stores is a vital part of the growth of this game, allowing it to explore the many use cases of NFT technology.

Continuous upgrades are planned to ensure that NFT Castle Defense remains cutting-edge in the exciting world of blockchain gaming. NFTs are going to be an ever increasing feature of video games for a long time to come. The ability to allow in-game items to become safe assets that can be created and owned and still retain their value is such a revolutionary step forward for gaming. They will strengthen any gaming economy that integrates them and make it healthier and more sustainable. Pocket Arena is delighted to be a part of this gaming future.