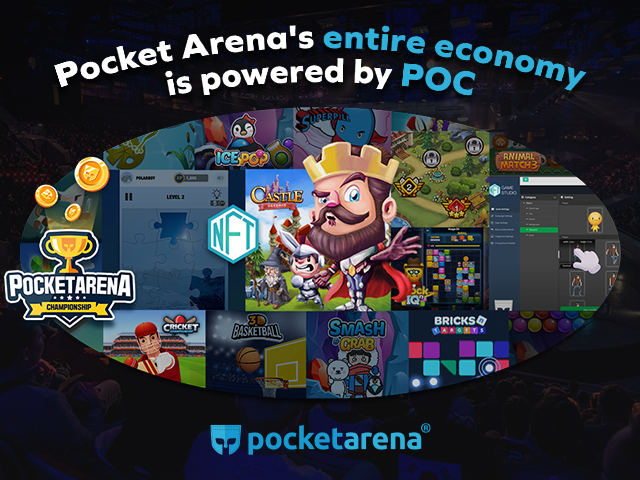 The NFT market has recently gone through another surge, with the total number of sales involving a non-fungible token in the art sector growing by more than 100% from April 12th to August 13th. This is the result of another NFT craze similar to the one seen earlier in the year. The current NFT-mania is perhaps best characterized by London-based 12 year old Benyamin Ahmed making close to half a million dollars with a series of pixelated pictures of whales.

This euphoria around NFTs, along with the incredible rise of DeFi, has been something many blockchain gaming companies are trying to cash in on. This resulted in the term GameFi being coined by Changpeng Zhao, CEO of Binance. GameFi is the combination of gaming and DeFi, where time spent gaming can be easily monetized thanks to blockchain technology. Not only does this make GameFi games more competitive, it increases player retention. Despite its unassuming name, GameFi is a sustainable, long-term, blockchain industry that has the potential to disrupt the current mobile gaming market currently valued at $120 billion. It could well prove to become one of the biggest sectors in the entire blockchain industry.

Taking Advantage Of The Hype

However, this hype has meant the creation of many different projects that seem to promise far more than they’ll be able to deliver. Many NFT projects that claim to have GameFi elements have no real playable content. Many of the projects that do have playable content are incredibly simple and are unchallenging to the point they barely qualify as games. Things like this could perhaps be more accurately characterized as traditional DeFi features re-skinned as a gaming experience.

These releases are perhaps explained by the fact that they are the product of teams that have been built around DeFi rather than built around gaming. The founding team may have a financial background and have neglected the fact that developing a quality game is always a difficult and time consuming process. When you consider the time it takes to develop video games compared to the time it takes to develop financial applications, it seems obvious that integrating DeFi into a gaming project is more straightforward than integrating gaming elements into a DeFi team.

Pocket Arena knows all about the challenges of developing mobile games. As a longtime mobile developer, Emoji Games were in the mobile gaming industry for 16 years before moving into the blockchain and crypto space in 2017 and becoming Pocket Arena. We honed our ability to create quality mobile games long before moving into the crypto space and this ability to properly develop the gaming parts of our NFT projects is what sets us apart from the competition.

It Takes Time To Develop Quality

For an example of the amount of work that goes into developing quality online games, one only need look at our very own game, NFT Castle Defense. NFT Castle Defense started development in 2017 and has undergone huge amounts of trial and error to reach the current version. We are still releasing new updates every week with our Q4 update plan including Castle Arena, land capturing, guilds and spectator mode. These updates will continue for at least the next 3 years and see more and more gaming features added.

In addition to NFT Castle Defense, every single one of Pocket Arena’s casual game releases has been worked on for 8 to 12 months by our dedicated team (such as 3D Basketball, Ice Pop, Bricks n Targets, Block n IQ etc). Each one of these games has different levels and maps and most importantly, must integrate a social eSports mode to facilitate our great community’s involvement. There are currently more than ten of these casual games live on our platform and six more are scheduled to be released in the next 10 months.

Even Axie Infinity, the most successful blockchain game on the market, was first released in 2018. It took more than 3 years of development and fine-tuning to release the version that is currently taking crypto gaming by storm.

To underline the point of how rare game development is in the blockchain market, Pocket Arena regularly receives requests from other gaming projects to see if we can develop a game for their NFTs. Many times gaming projects have already sold their tokens and in-game NFTs before realizing the development of the actual game is much more difficult than anticipated. This leaves investors holding useless in-game items for a game that doesn’t even exist. Situations like these are a great example of crypto projects completely underestimating the level of work that goes into developing quality games.

In order to make getting involved in the space easier, Pocket Arena is also developing tools that will allow designers and developers to gamify their creations. Our other flagship Pocket Arena DApp coming up in 2022 is The NFT Game Studio, which allows character designers to put characters of their own creation into Pocket Arena games. The designers are then able to mint their characters as NFTs and sell the characters via our NFT marketplace.

NFT Jigsaw Puzzle is another one of our DApps that will make getting involved in blockchain gaming easy. With this app, photographers and artists are able to monetize their creation by turning it into an online jigsaw composed of NFTs. These NFTs can, once again, be sold via our NFT marketplace.

Our development team is transforming existing gaming and studio assets into NFT and play-to-earn gaming. This is possible because we have been developing games completely in-house since 2012. This means we’ve accumulated nine years of existing gaming assets to transform into NFT projects. It also means we have accumulated nine years worth of skills and teamwork that help streamline the process of making games. All of this is poured into every blockchain game that we create.

This is something that is simply impossible to recreate so investors should be cautious of any new project that claims to be able to release a lucrative NFT game within 12-months. It is simply impossible. Game development takes a long time and requires a skilled and experienced team especially for quality releases. Any NFT project looking to cash in on the current hype likely won’t last long because any product released in a short enough time to capitalize on the hype will be of too poor quality to retain players.

It is very difficult to find any good game developers. There is currently a global shortage. This is why you can trust Pocket Arena to have the expertise and patience to develop some of the most exciting blockchain games in the space.