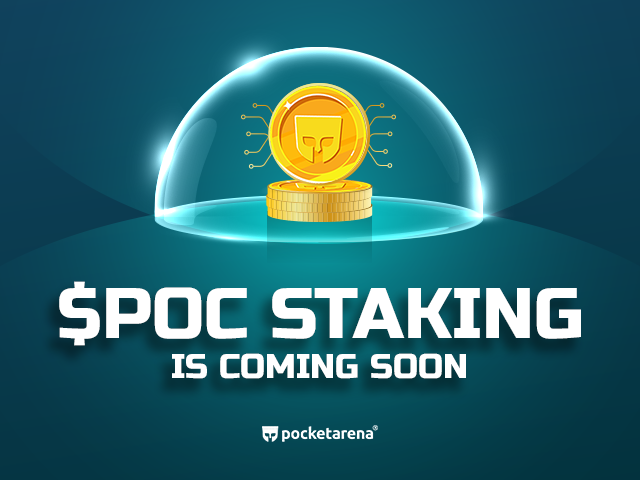 We are very cautious of releasing this amount of POC at one go as it could potentially result in the high volatility of POC price at this point of time. Thus, after careful consideration, we have decided to implement a new staking policy and a lottery policy.

Staking Policy — Those who staked a certain number of POC for a certain time of period will earn an interest on their staked POC.

Lottery Policy — Those who staked POC for over a certain period and for a certain amount will also receive lottery tickets which will enable them to participate in the pre-sales of the next upcoming NFT Castles for a new city map after Luzern.

Currently our devs are implementing KYC procedures and the details of staking policy. Until then, we kindly ask you to have patience and to have utmost understanding.

No one wants to sell hard-earned $POC at a low price.

This is the main reason why we want to implement this new staking and lottery policy and we apologise that the received applications would be delayed further. The details of the Staking and Lottery policy will be announced within a few weeks time. After that we will re-start the official withdrawal process of $POC with KYC. We are pushing hard to give some nice Christmas gifts to you.

As announced earlier, $POC will be used as a sole payment method at P2P Castle Market, starting from Q1 2022. We may be having various NFT items within Pocket Arena Economy, not only NFT Castles, but also NFT Town Center buildings, NFT decoration items for your land. Therefore, we expect the demand of $POC will increase significantly by then.

Please note that the special one-off withdrawal event of up to 100 POC is still valid. We will start to receive requests from 09th December 2021 as announced which does not require any KYC. This event will benefit as many people as possible.