NFT Gaming: The Prototype Of The Next Version Of The Internet 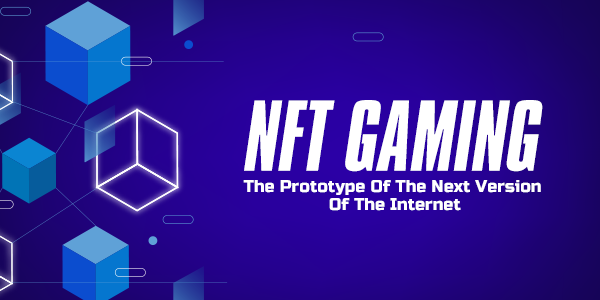 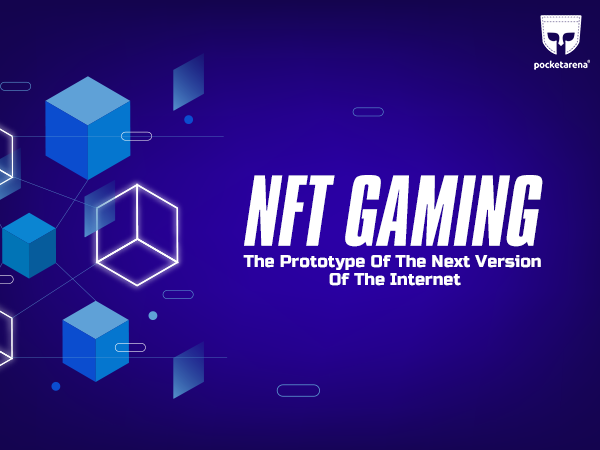 Consider how fundamental the internet is in your day-to-day life. Consider how online commerce has become a massive part of almost every industry in the world. Consider how everything down to the way we interact with each other socially has been changed by the internet. As of January 2021, the internet had 4.4 billion active users, meaning that nearly 60% of the world population was online. The internet is a tool that can supplement or imitate almost every activity a person can take part in. Its effects are almost impossible to measure because it has been integrated with every facet of our day-to-day lives.

It would be difficult to convince someone in 1995 when the internet first went online just how ubiquitous it would become. The effects it has had have been simply too seismic for anyone but the most perceptive of futurists to conceive of. It is similarly difficult now to believe that the internet is simply the first stage of something much larger. Something that might not just supplement our day-to-day lives but replicate it entirely. This something is known as the metaverse.

NFT Games And The Metaverse

The software that can power the metaverse already exists. In fact, a lot of what could be classed as prototype metaverses are already live. Fortnite began as a shooting game but it’s grown into something a lot bigger. Powered by the Unreal Engine, the fortnite experience has grown to include a much broader community that even hosts virtual concerts. Fortnite is powered by the Unreal Engine, the same engine used to create AAA game games and CGI in Hollywood films. The popularity of Fortnite events not only proves the feasibility of the metaverse but the demand for it too.

Facebook Horizon is another one of the platforms that could be seen as a metaverse prototype. Horizon is a virtual reality online video game that integrates a game creation system. Released by Facebook for Windows and compatible with Oculus Quest the game is currently still in its beta phase. Facebook Horizon is essentially a virtual reality space where people can meet to play other games. It’s an online community that exists around the space games can be played in. Horizon is powered by Unity, another advanced games engine that could, along with Unreal Engine, prove to be one of the software building blocks of the metaverse.

The final hurdle that the metaverse must cross before it achieves mass adoption is that the hardware to make it possible needs to become more accessible to average people. This is already well underway with Oculus, Microsoft Hololens and PlayStation VR providing wearables that can immerse their users totally in a virtual reality world. In addition to that, 5G is seeing internet speeds 100 times faster than that of 3G. This will make interfacing with the metaverse completely seamless and allow it to successfully replicate so many real life experiences.

The implications of this world are massive. The internet will no longer be accessed through a 2D screen but will be a fully immersive 3D world that everyone on Earth has access to. You will no longer need to type into a search bar to find what you’re looking for, instead you will have your own AI virtual assistant that will search for you. In fact, you won’t need a keyboard at all as you walk and talk just like you would in the real-world because you’ll be accessing the metaverse through virtual devices. IP addresses will be unnecessary as you simply have to go to a particular area inside the 3D metaverse to get to what you need. This is a world that could successfully immerse our entire planet.

NFT Games And The Metaverse

So perhaps you’re wondering what the metaverse has to do with Pocket Arena. Well the virtual land and virtual items within this world are going to be the most important aspects of it. In order for some of these items to have any value at all, people are going to need to have true verifiable ownership of them. This is where NFTs come in. They provide the metaverse with this ownership. In fact, the ability for a virtual item to be used and also retain its value through ownership is already seen perfectly in the blockchain gaming sphere.

NFT Castle Defense is, so far, our premier release. Just like Fortnite and Facebook Horizon, NFT Castle Defense can serve as a prototype for the metaverse world that we will see in the future. However, unlike Fortnite and Horizon, it is not the game’s engine that will be utilized. It is the ability for virtual items within our virtual world to retain real-world value based on their virtual utility. This value is what can create a community of players in a mutually developing ecosystem and give a small example of the type of commerce that can exist in the metaverse.

NFT Castle Defense features players buying NFT Castles that can then be used as part of the tower defense game. Any castle used during a game will gain XP, which will then make it stronger and this increase the value of the item. Players can even choose to be sponsors who purchase castles for professional Esports players and then share the profits with each other. For an example of the value that can be extracted from this ecosystem, castles were originally sold for $50 each by Pocket Arena. However, many of them had since been sold within the game’s online marketplace for nearly 10 times that amount.

Players can also occupy land within the virtual world and use the NFT castles to defend and grow their territory. The more high quality castles a player owns, the more they win and the more castle they are, in turn, able to obtain. It creates a self-sustaining system where players can earn money by playing. It is a community where people buy, sell, and trade virtual items. Essentially, NFT Castle Defense is already a virtual world where items and space have value, just like they will in the metaverse.

Our online world may seem archaic compared to the all-encompassing metaverse that will grow from it. However, Pocket Arena is proud to be a part in the development of this world changing online universe.

We have a tight-knit community of gamers on Twitter, Facebook, Telegram and Discord. Follow us to stay updated and informed with our latest and upcoming activities.