In Castle Defense, there are 2 parts: Castle Defense game for players and Castle Market for NFT sponsors. They will be interacting with each other through the NFT Castle. 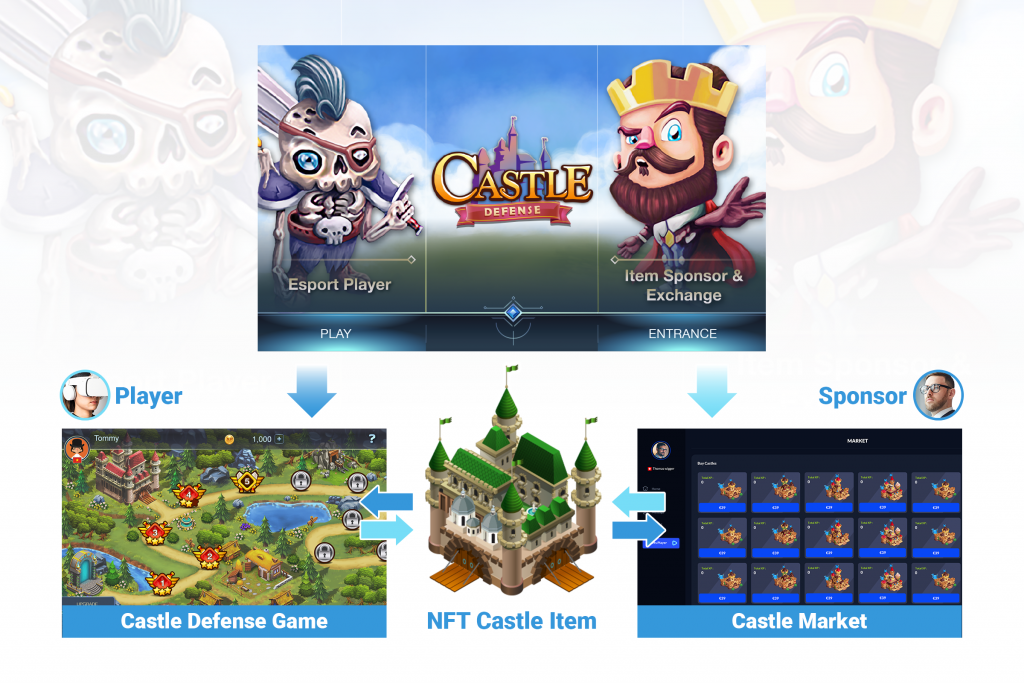 Initially, the sponsor will buy NFT Castle item. It can be traded between users in the Castle Market.

After that, the sponsor can share NFT Castle with players. Whenever players play the game with the castle, they contribute XP to the castle and make its value increase. 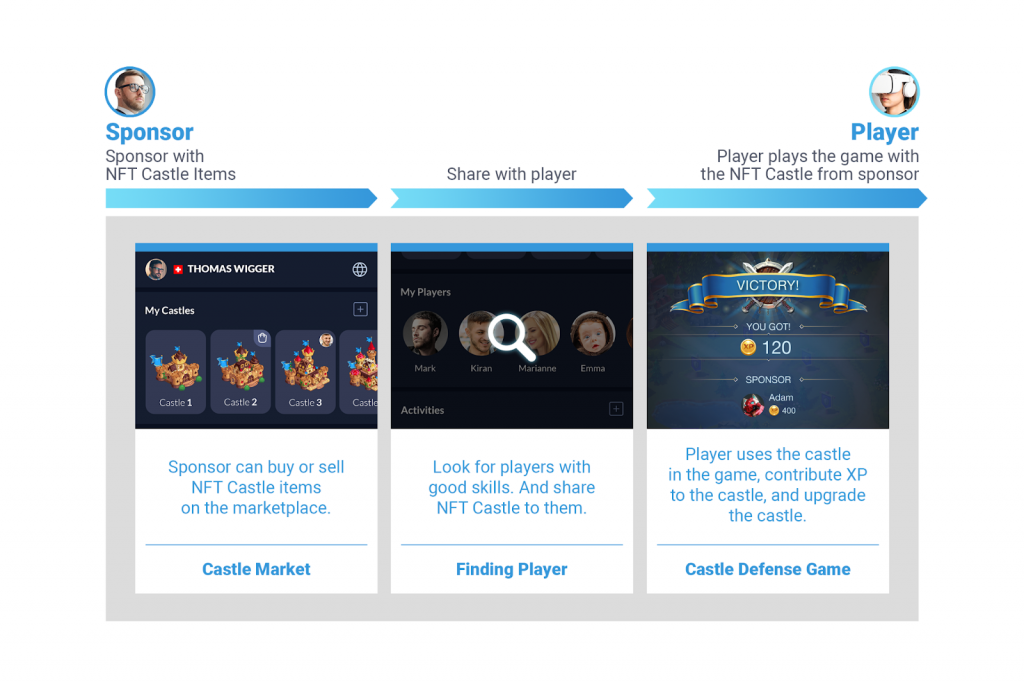 Players will increase the value of NFT Castle by upgrading and contributing XP for that castle. When the sponsor receives the upgraded castle, he can sell it on the market to get profit. Castle with more XP will have a better price. 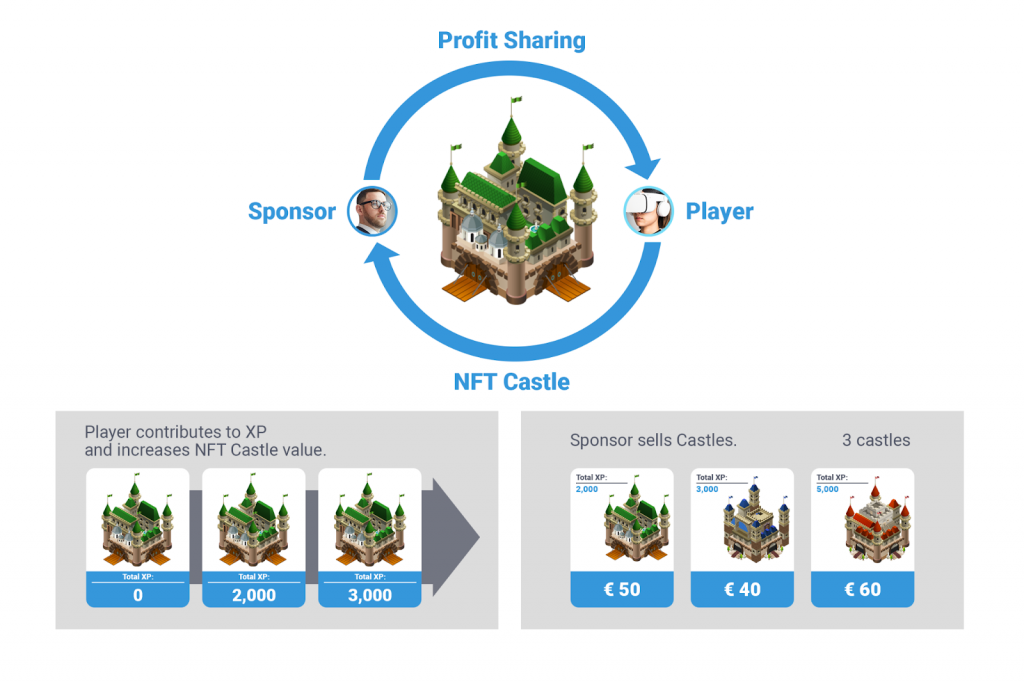 After the sponsor sells NFT Castle, the profits will be shared among the sponsor, players and Emoji Games. 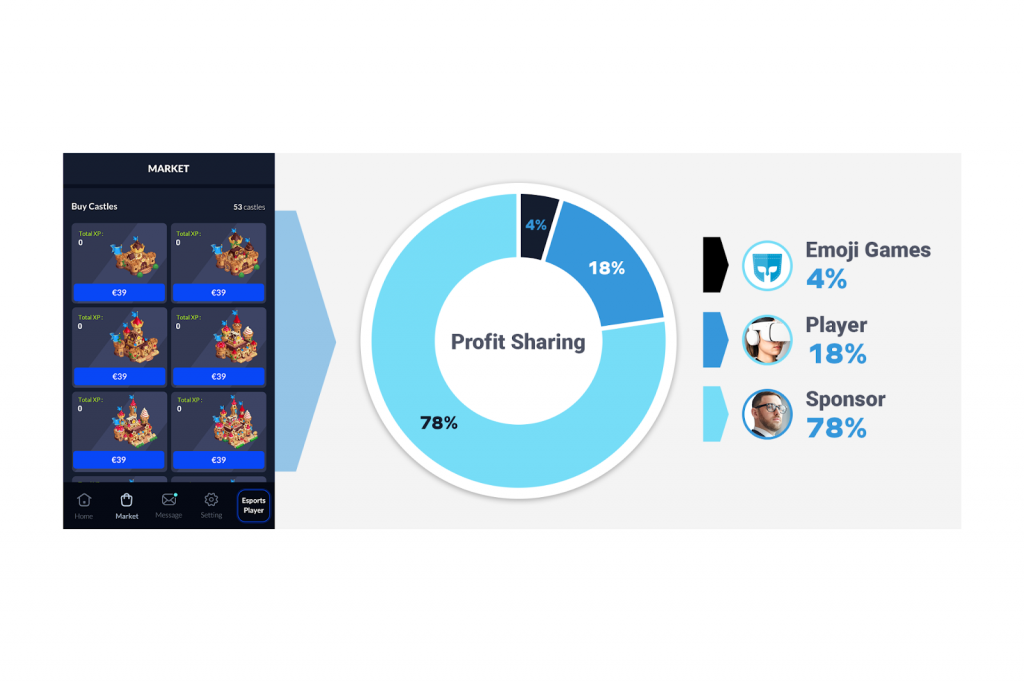 Profit sharing for players will be divided and distributed to each player based on the player’s XP contribution. 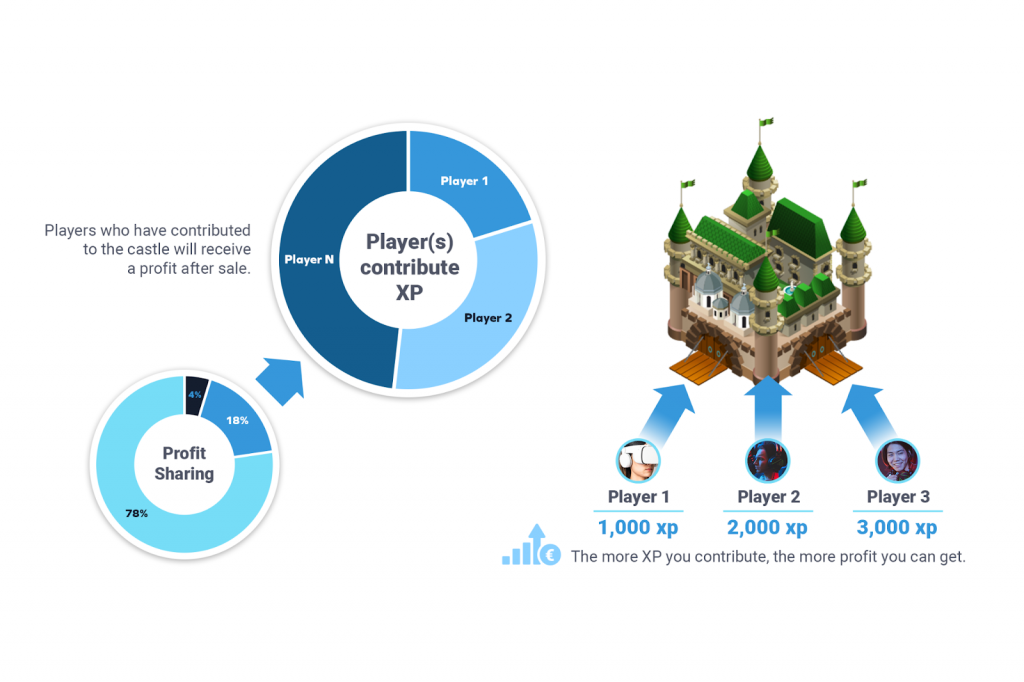