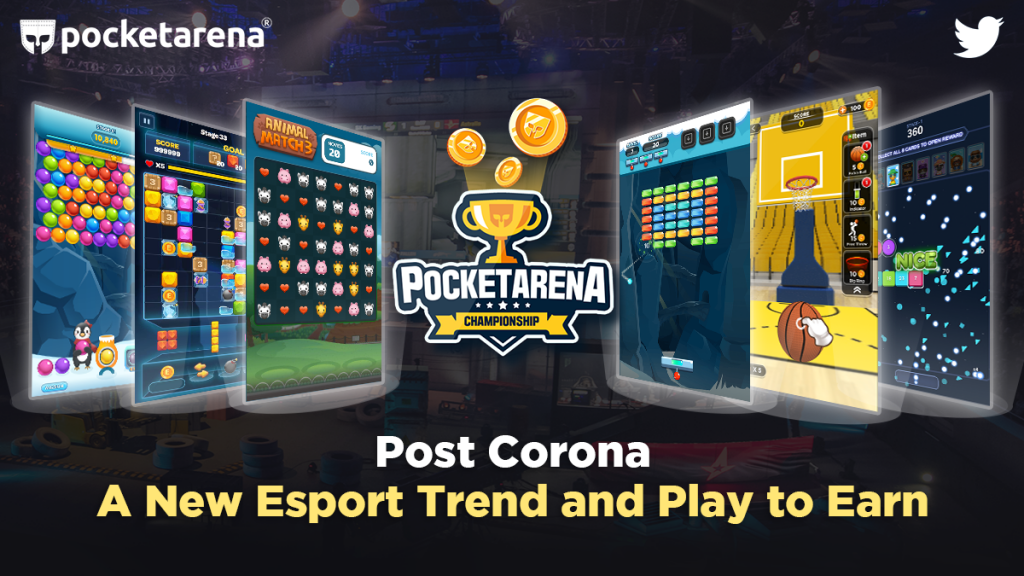 The coronavirus has had a profound effect on online gaming. As you might expect, being kept indoors for so long did lead to a huge increase in the number of people playing video games. In addition to this though, the number of people tuning into online competitive video gaming also grew with viewership on online streaming platform Twitch rising by 31% within a few weeks of the lockdown beginning.

This is understandable considering the fact that very few live sporting events were being televised during the first lockdown. Viewers looking to satisfy a desire to watch a high skill contest where players compete against each other naturally gravitated towards the world of eSports.

However, the lockdown has also seen a complete shift in how eSports have been delivered. Before the pandemic, the biggest, most well funded competitions were held in-person, offline in massive arenas. Events like Activision-Blizzard’s Overwatch League where teams of professional eSports players faced off against each other, were played in Madison Square Garden, regularly in front of sellout crowds. Of course, during the lockdown these events were cancelled. Unlike football or hockey however, eSports faced very little barriers to moving completely online which saw many competitions such as these played online and streamed directly to viewers.

The shift to bring eSports online has resulted in many different changes in the ecosystem of competitive gaming. Firstly, streaming eSports through services like Twitch fosters a much more interactive experience compared to an in-person event. Viewers can interact with the hosts of the competition via shout-outs or texts. Of course, they can also interact with each other via Twitch’s chat function and through other message boards. This allows an entire community to grow around a professional eSports match with viewers taking a much more active role in how they watch.

In addition to this, viewers streaming at home have instant access to all of the games that they are viewing. At any time as you watch an event a viewer can turn off their stream, download the game they were watching and become an active member of the playing community. Thus, the pandemic has led to viewers of eSports spending more time playing the games they observe and of course, wanting to watch games that they can easily participate in.

Secondly, the pandemic has accelerated a shift towards delivering games via mobile or cloud-based platforms. Even blockbuster titles are becoming available on mobile devices. Cloud gaming allows consumers to play games via streaming them to devices, without the need for expensive hardware.

One significant feature of delivering games like this is that games are inherently less intensive in their demands for processing power. Generally speaking, this means that these games are simpler and a much less intensive gaming experience. This has seen a huge rise in games like Counter Strike, Fall Guys and Among Us being viewed on Twitch.

Essentially, this has meant that viewers are now watching and playing much more casual games. Viewers will tune in to Twitch personalities playing Among Us and enjoy the social aspect of a group of friends playing and interacting with each other. This is starkly opposed to the incredibly high skill level required for a game like League of Legends, one of the largest games at in-person events, where the technique and strategy of the players is the most significant part of the viewing experience.

The shift in the gaming industry to this more casual gaming style is clearly seen in the rise of online mobile multiplayer platform Skillz. Skillz has integrated mobile games into the eSport ecosystem by hosting approximately 2 million tournaments per day for games like Solitaire, Bubble Shooter, and Dominoes.

Another key shift in the industry is towards a social eSports tournaments model where skilled based games give players the ability to win prizes. Part of Skillz’s mission to make “eSports for Everyone” involves making it possible for players to win money when they play . Skillz pays out approximately $10,000 per day for its tournaments. The retention rate that the Play2Earn model achieves has seen Skillz achieve a market cap of more than 5 billion. The success of Skillz is evidence not only of the new type of game being played but also how many more casual gamers are participating in eSports.

Bringing This New Ecosystem To The Blockchain

All of these features are the key components that The Pocket Arena platform is built on. Essentially, Pocket Arena takes the Skillz model and integrates it with blockchain based technology and Play2Earn tokenomics. Pocket Arena specializes in different genre games not only hardcore strategy games like NFT Castle Defense, but also in casual games with that focus on cultivating a strong social community that see players compete with one another to win prizes of crypto assets.

Now that the 5G era is just around the corner, browser based, social eSports will be more welcomed by a general audience. This shift will occur not only in developing countries but also in developed countries due to the simplicity that players can engage with games that still see them able to earn real digital assets.

The changes in the online gaming ecosystem have been coming for a while. The pandemic has merely expedited an already apparent trend and Pocket Arena is excited to be part of it. In addition to that, we utilize blockchain technology to provide gamers with true ownership, giving them another way to earn as they play. Pocket Arena has combined the shift in the online gaming community with a brand new technology to create an all income encompassing platform for the future of gaming.