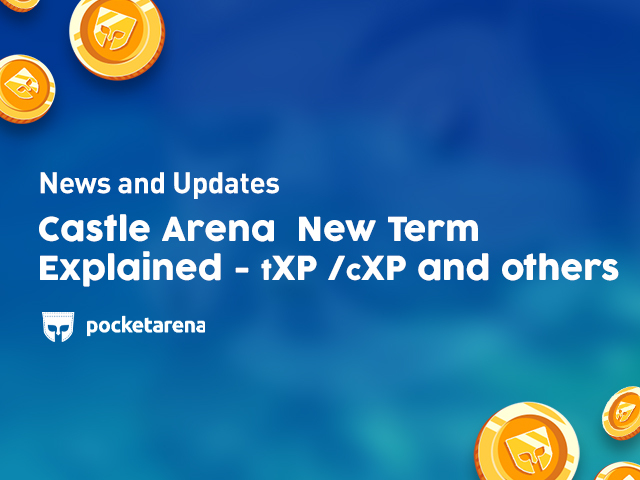 Castle Defense V. 2.2.18 has been launched. It comes with quite a few updates, but here are some key highlights to look into.

With the Castle Arena new revenue share system, we have introduced the new XP system as well as a new category of POC — called “bPOC*” means battle POC.

The new XP system is aimed at encouraging players to return to play daily. Let’s start with the terminologies:

The total Castle XP (cXP) to be used to upgrade castle items will be the combination of the Castle XP earned in Castle Defense (pre-Castle Arena) and the Castle XP (tXP) mentioned above. This cXP will expire in 180 days.

*There will be another article published soon about how to withdraw bPOC. Upon the next PA wallet ver. release in a week, bPOC withdrawal will be enabled.

In this new version, you can communicate with the owner or the player via Telegram. Please note this is a quick solution but we are implementing our in-game chatting feature to be launched with Castle Town.

Besides, at the new PvE structure, upon completing stage 10, the castle is granted with an available land plot.