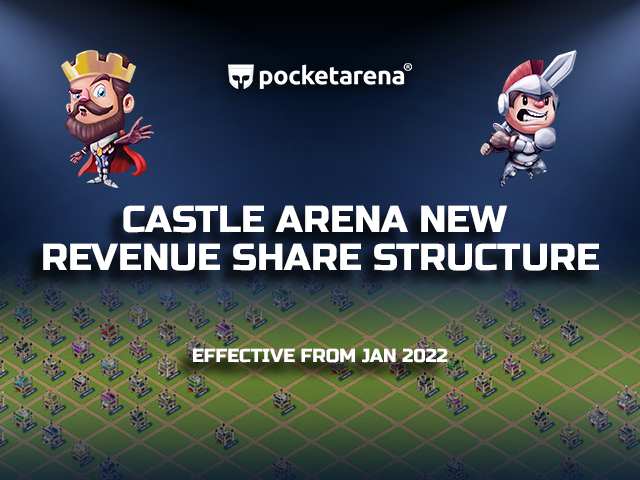 This article will highlight the updated XP share structure in NFT Castle Defense and Castle Arena. Before we discuss the XP flow, let’s talk about the concept of Land,Castle Arena and how they are co-related to each other.

If you own an NFT Castle, you are entitled to receive land for your castle for free. With this land you can fight battles with an aim to acquire your opponents land and earn passive income from that captured land.

To know more about the introduction of land to Castle Arena read the article below.

To understand how the new XP share works, we will break down the figure below into the following sections: 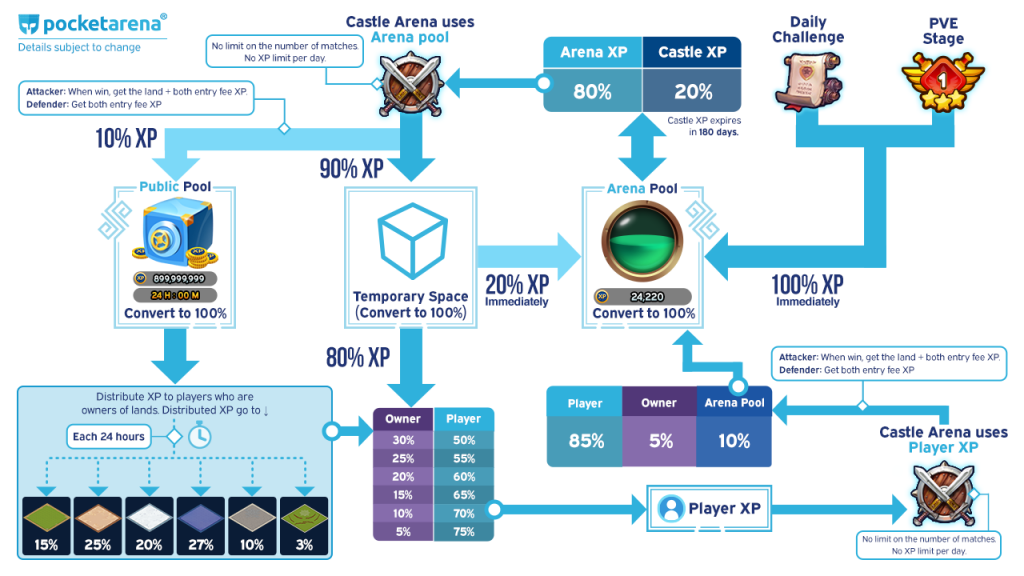 XP Earned and distributed through Daily Challenges and PVE (Player versus Environment) stage.

As mentioned earlier in Castle Defense, XP’s are earned through Daily Challenges and PVE (Player versus Environment) stages. All XP’s earned here are immediately stored in the Arena Pool. 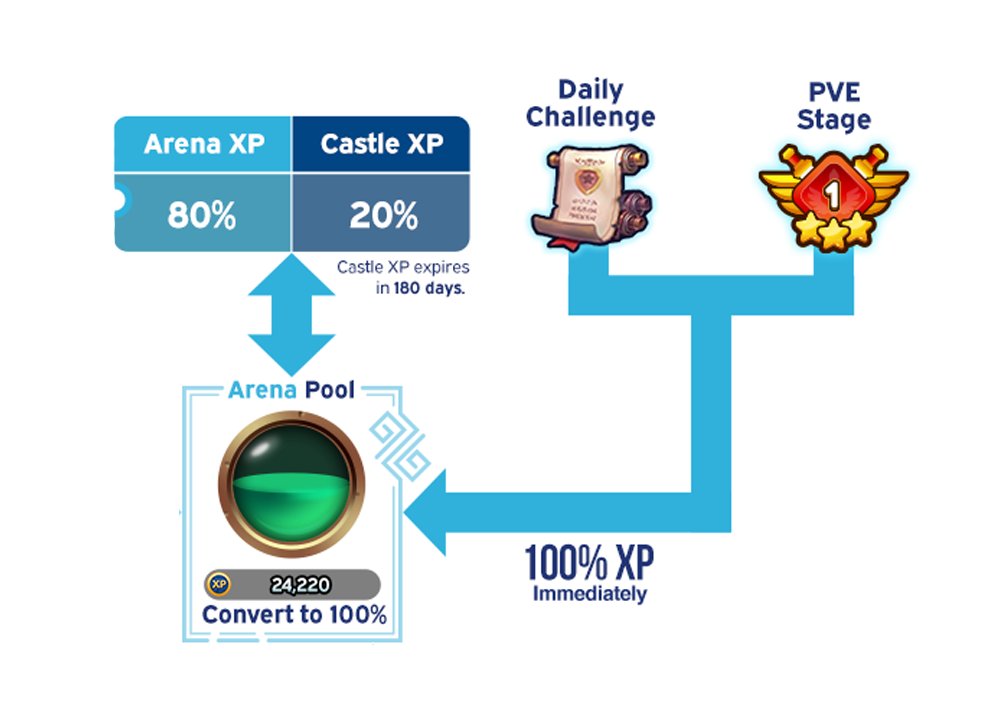 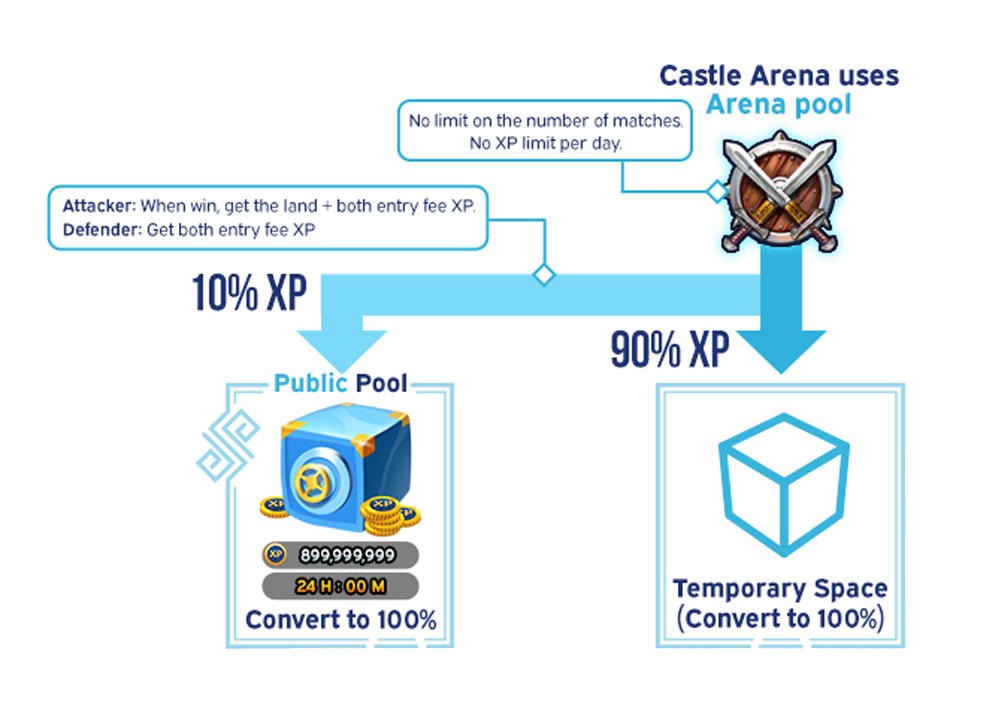 From which, the 90% is converted into 100% and then from that, 20% goes back into the Arena Pool supply, and then the remaining 80% is distributed to the Castle owner and player as shown below. 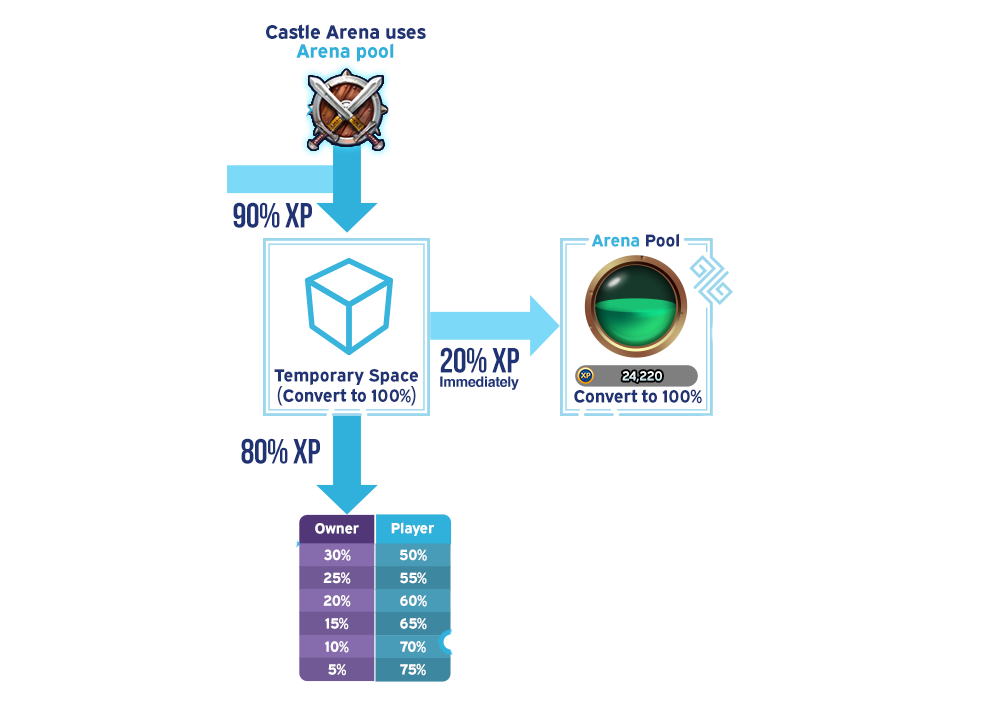 XP distributed according to the Player and the Castle Owner contract.

Continuing from the above figure, 80% XP is distributed between the Owner of the NFT Castle and the Player in accordance to the terms agreed in the contract.

Talking about the public pool in Castle Arena, the 10% is converted into 100% and then every 24 hours, the XPs will be automatically distributed between current landowners.

The distribution breakdown of how much XP goes into each area of land is shown below. 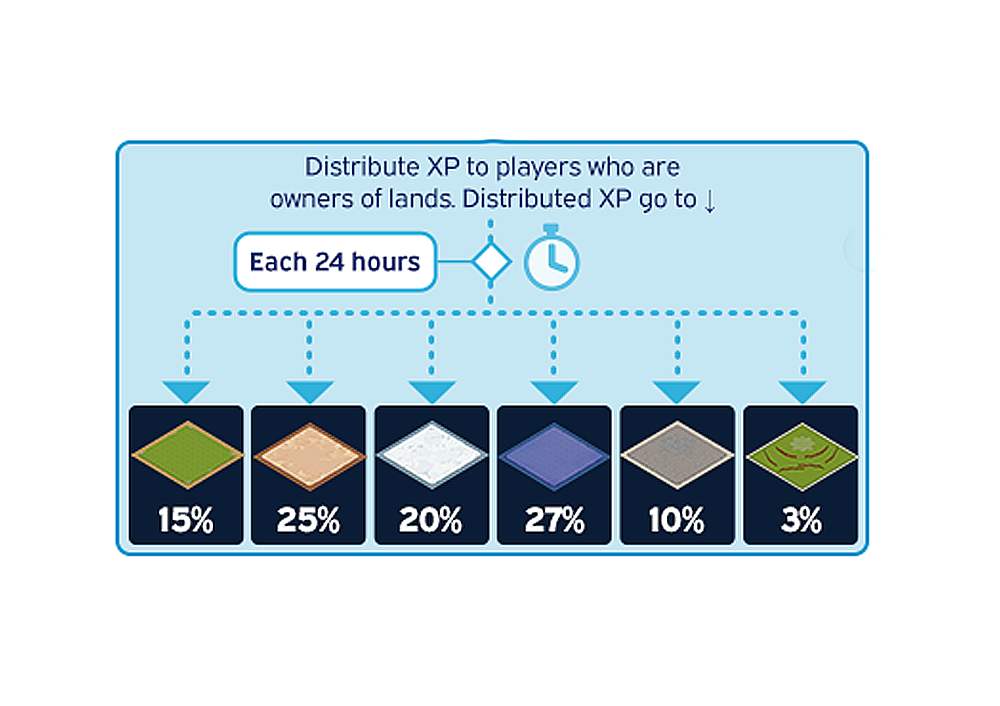 The land in each area is divided as follows: 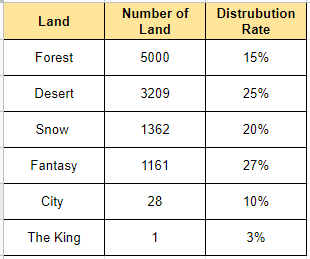 It’s important to note that there are less land slots available for higher tiered lands. So, the XP percentage from the public pool is split between fewer castles, hence why the king land slots, shown here with 3%, is the most powerful in the game.

If the Arena Pool does not have enough XP for Castle Arena, the player can use its own XP (The participation ratio is 2:1. This means that to use player XP once, you have to play 2 times with Arena Pool XP) and in this case, the distribution breakdown is different. 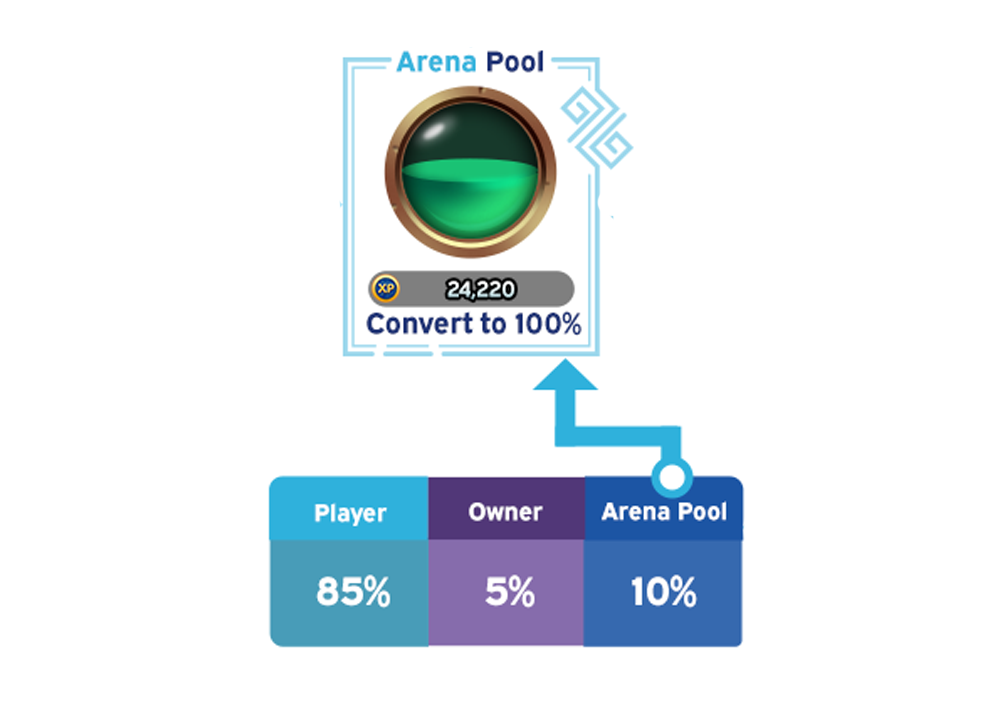