As Our IDO Draws Near, Let’s Look At Our Tokenomics 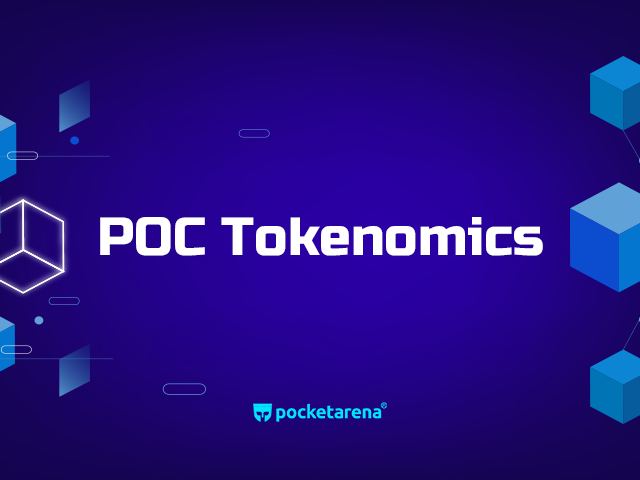 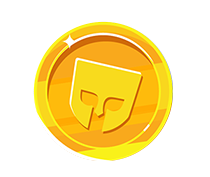 The Pocket Arena Token, or POC, is an ERC20/BEP20 token which runs on Ethereum and the Binance Smart Chain (BSC) blockchain. POC serves as the fuel of the Pocket Arena ecosystem. 1. To reward Players and to reward the PA ecosystem participants. 2. To be used as the unique payment crypto currency for NFT Castle trading.

Pocket Arena is about rewarding players for their gaming expertise and POC will comprise the rewards that are issued. Not only players, but also eSports broadcasting participants, HTML5 game partners, guilds supports etc.

Gamers will also be able to convert accumulated XP into POC to further monetize their playing time. It will also function as an NFT gaming token as well as the main currency of all the DApps in the Pocket Arena network.

In addition, we are working to facilitate the direct local fiat currency payment from wPOC to their local fiat bank account without exchanging POC to another cryptocurrency which will help to minimize the fee and hassles for our players.

With our token launching this November 10th, there will be a total supply of 1 billion POC tokens. 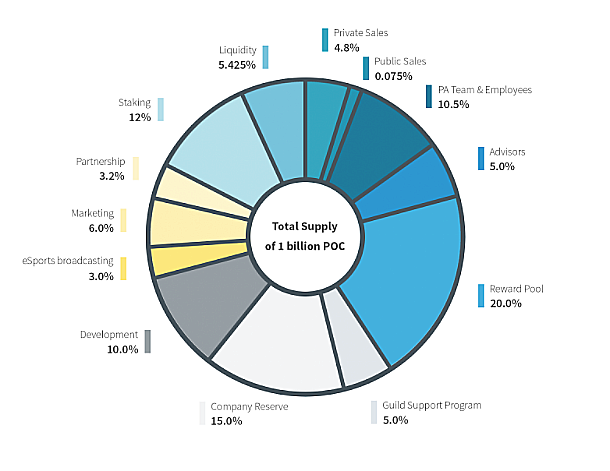 It seems like there will be a lot of competitions to get the lottery ticket for this IDO on PAID Ignition platform. However, don’t worry if you missed this chance. Because you can earn POC simply by playing our games. It is still much more worthwhile to earn POC by playing as it increases your playing skills and you can hire other players if you need.

The token will be launched on PancakeSwap after the IDO within a few days after the IDO and the dates will be communicated as soon as it is confirmed. The initial POC circulating supply upon this listing may be around 2M POC ( 750K POC from IDO + 1,250K from Players). Monthly emission of POC is 1,666,666 POC for 120 months service. In case extended POC rewards are necessary, we will open up the bucket of Company Reserve as the contingency plan of POC rewards.

Due to this limited monthly POC emission, it is expected that the ratio between XP and POC will be bigger and bigger. So the smart players will play today and convert XP to POC today rather than tomorrow. But you don’t need to worry, because that means the POC price will be increased higher and higher.

As most of our POC categories have been locked up from one month to 12 months except the Players Reward Pool and Liquidity, the POC circulation during the first 3 months are mostly from Players which might increase the POC value significantly due to the limited supply.

We have designed our tokenomics and have put a system in place in such a way that it is always “Players First”. We are sure that players will enjoy Pocket Arena and we aspire to see players prosper as they are an integral part of our ecosystem.

As much as we are dedicated to creating a better gaming experience, we are equally committed to creating a fair gaming platform. Practices like the usage of bots and multiapping are detrimental to the Pocket Arena’s ecosystem and unfair to other dedicated players. As a result, we are committed to take stringent action and penalize players who indulge in such activities. Only those who play fair are the ones who will reap benefits in the days, months or years to come. 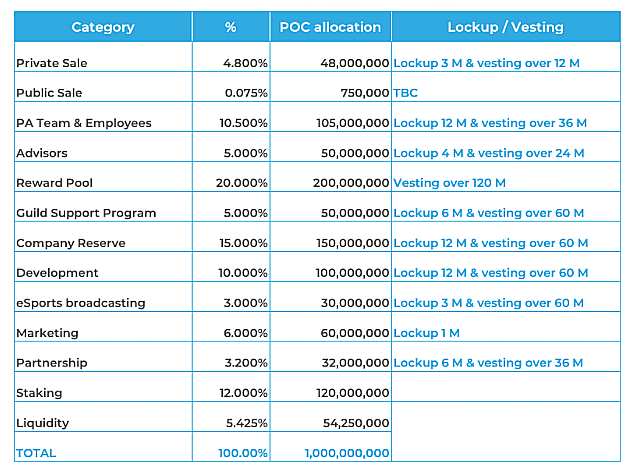